AplusA exhibited in-person with a physical booth during the event and it was nice to meet up with our current and future clients again after two very long years.

Note that we will be present in 2022 again : meet us at our booth #1428 🔜 https://www.hematology.org/meetings/annual-meeting

In the new hybrid world of virtual and IRL, we thought it would be interesting to look at the impact of the conference from both the digital and an insiders’ perspective.

Therefore, we asked our social media intelligence expert Habib Mbacke to look at the social media impact of the conference. Using an advanced social media surveillance solution employed by AplusA, we collected and measured the conversations that occurred from two weeks prior to the event through to two weeks post conference.

The scope of collection was worldwide mentions in English coming from HCPs. Most mentions came from the US (81%) followed by Spain (3%) and Australia (2%).

The analysis presented here focuses on one social media platform, with all mentions being from Twitter (100%)

A total of 1,579 unique authors were identified.

IMPACT of #ASH2021 on MENTIONS of MULTIPLE MYELOMA on twitter

Multiple Myeloma was the condition most tweeted about by HCPs during the 63rd annual ASH meeting and exposition.

There were over 15,000 mentions in total, and more than 3,700 mentions specifically regarding Multiple Myeloma recorded during the listening period from November 27th, 2021 to December 28th, 2021.

1,579 unique authors were identified in total with 382 unique HCPs tweeting about Multiple Myeloma.

Hot topics of discussion in MM focused around:

The most frequently mentioned clinical trial was iStopMM, a non-industry sponsored study evaluating the possibility of earlier diagnosis of Multiple Myeloma through the detection and monitoring of MGUS.

Response to updated data from the GRIFFIN trial study, showing a deepening of response and achievement of MRD negative status, was deemed by some as likely to change the current standard of care. 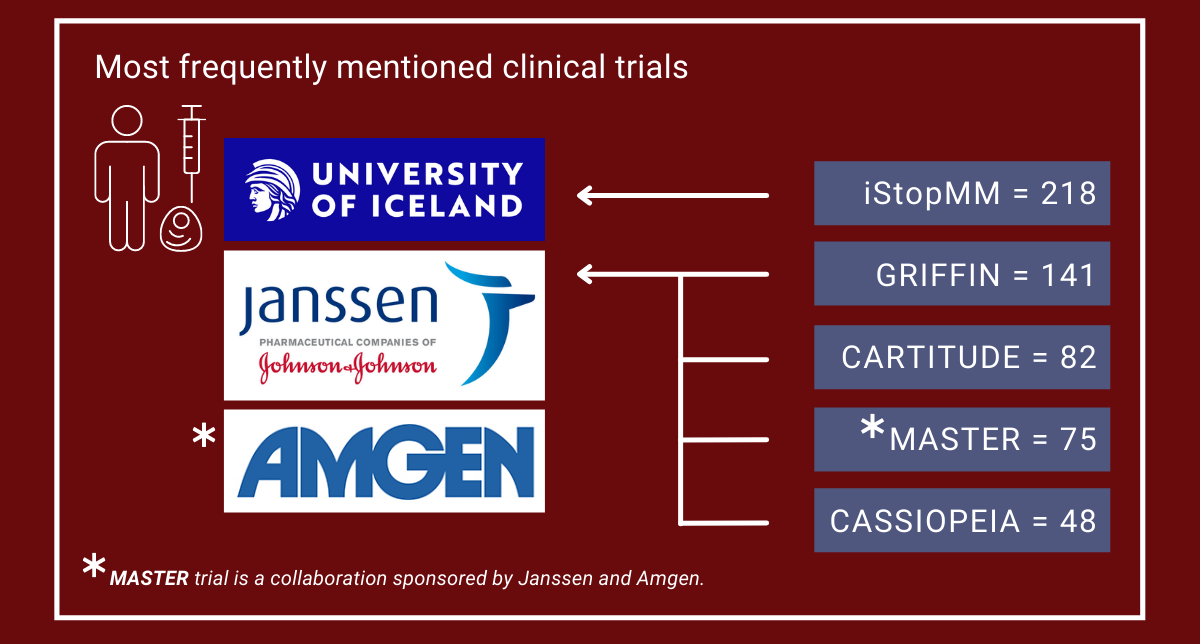 Real world data: Current SoC prescribing in Multiple Myeloma for potential disruption due to data from the GRIFFIN trial. 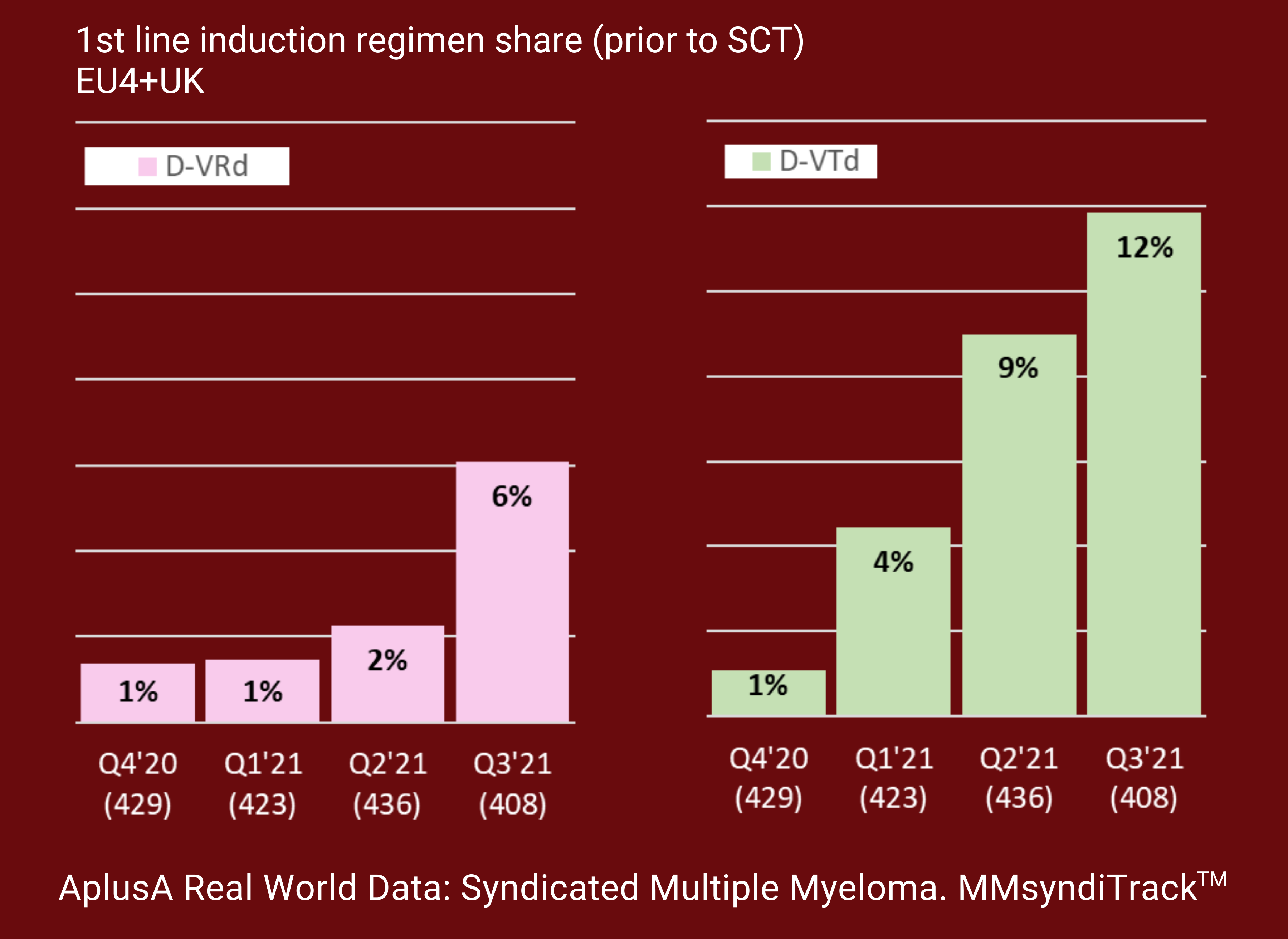 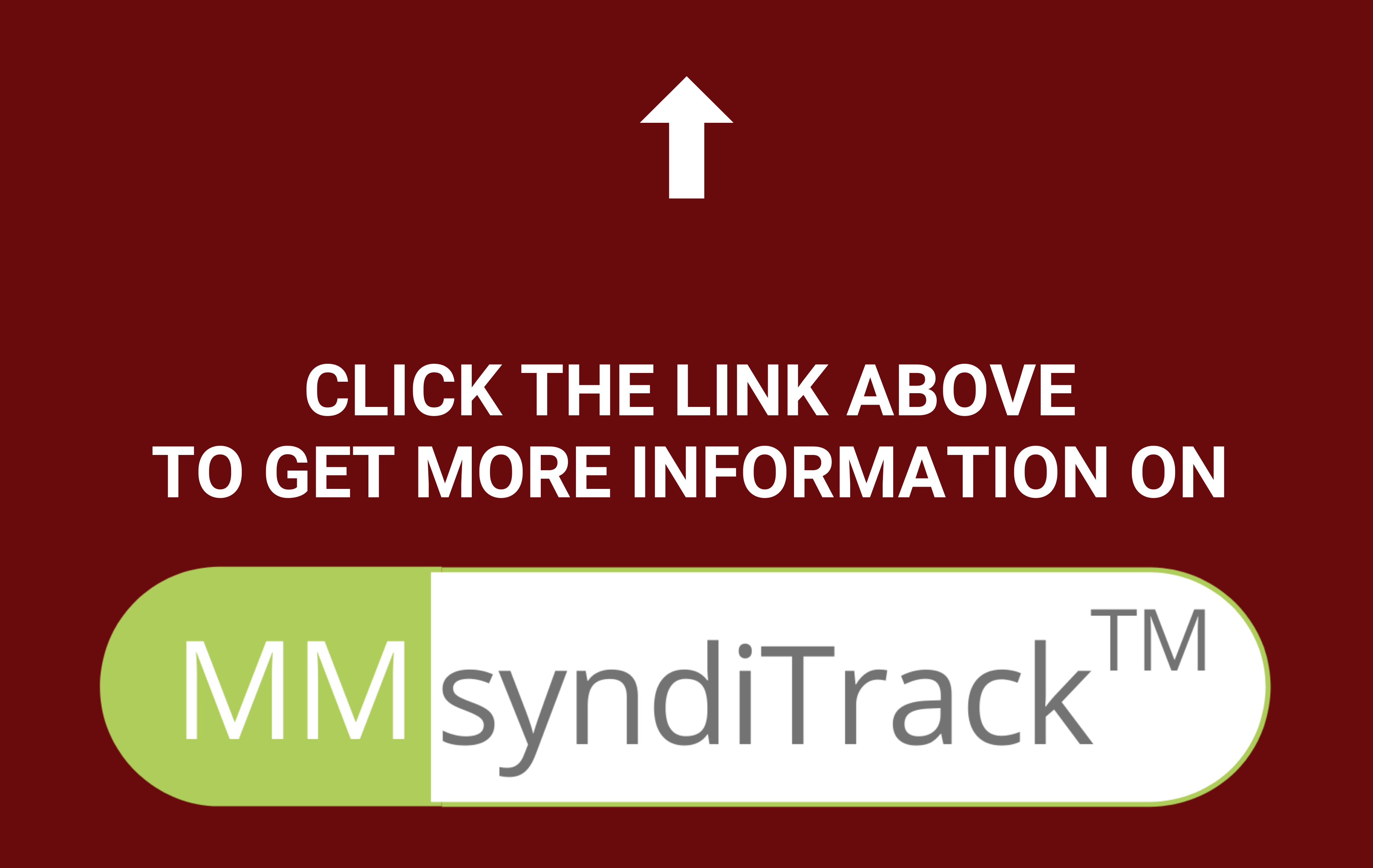 DLBCL was the second most frequently Tweeted about condition (after multiple myeloma) by HCPs during the 63rd annual ASH meeting and expo.

Interestingly, the ‘HCP Hot Topics’ of discussion in DLBCL were focused heavily on the Zuma-7 trial:

The ZUMA-7 trial was the most mentioned clinical trial pertaining to DLBCL with social media comments being mostly positive. Some criticisms, however, were directed at the trial design for a lack of racial and socioeconomic diversity.

Results from the TRANSFORM trial also showed similar improvement in EFS and were often cited by HCPs along the results from ZUMA-7.

HCP reactions to POLARIX data showed an interest in the improvement afforded by the new regimen Pola-R-CHP, compared to the current standard of care R-CHOP. However, the level of financial toxicity was questioned regarding 1L use for an encouraging but modest increase in PFS, with no benefit in OS. Some HCPs did caution about how to interpret the results of subgroup analysis

Financial toxicity is a major concern, particularly in the US, for both patients, and physicians treating DLBCL.

As previously reported by APLUSA, DLBCL is often quite advanced before being diagnosed (see below for pre-Covid-19 data from APLUSA’s DLBCLsyndiTrackTM)

Due to the significant overlap in symptoms between DLBCL and Covid-19, specifically: fever, fatigue, enlarged lymph nodes, coughing and now with night sweats being reported with the Omicron variant, we hypothesize that a potentially large number of patients with DLBCL have not yet been diagnosed.

IMPACT of #ASH2021 on MENTIONS of ACUTE MYELOID LEUKEMIA on TWITTER

AML was the third most frequently Tweeted about condition (after multiple myeloma and DLBCL) by HCPs during the 63rd annual ASH meeting and expo.

Hot topics of discussion in AML were:

Clinical trials in AML were less frequently mentioned by trial name compared to trials in MM and DLBCL. Trial results in AML were often referred to and discussed by the specific investigational agent in combination with approved products.

Discussions regarding the AGILE trial acknowledged that results demonstrated better EFS,CR and OS compared to AZA alone (in IDH1 mutated AML patients) but also centered around the need for comparison to Aza + Ven.

Additional areas of online discussion, worthy of mention, were: 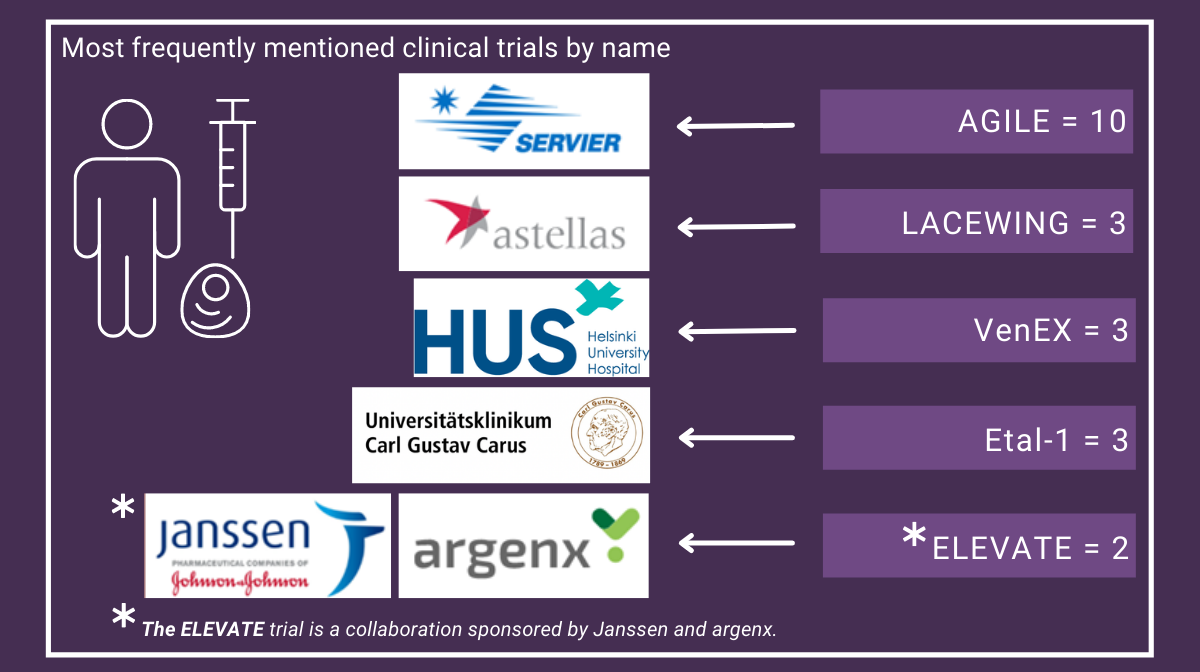 While the AGILE trial demonstrated improved EFS,CR and OS (compared to AZA alone) in IDH1 mutated AML patients, our real-world AMLsyndiTrackTM data shows that only 6% of AML patients have a mutation in IDH1.

Overall, 7% of AML patients are reported as not having been tested for cytogenetic or genetic abnormalities and interestingly that value increases to 16% of patients classified as ‘not fit’ (to receive intensive chemotherapy).

Should cytogenetic and genetic and testing be mandatory with an AML diagnosis? 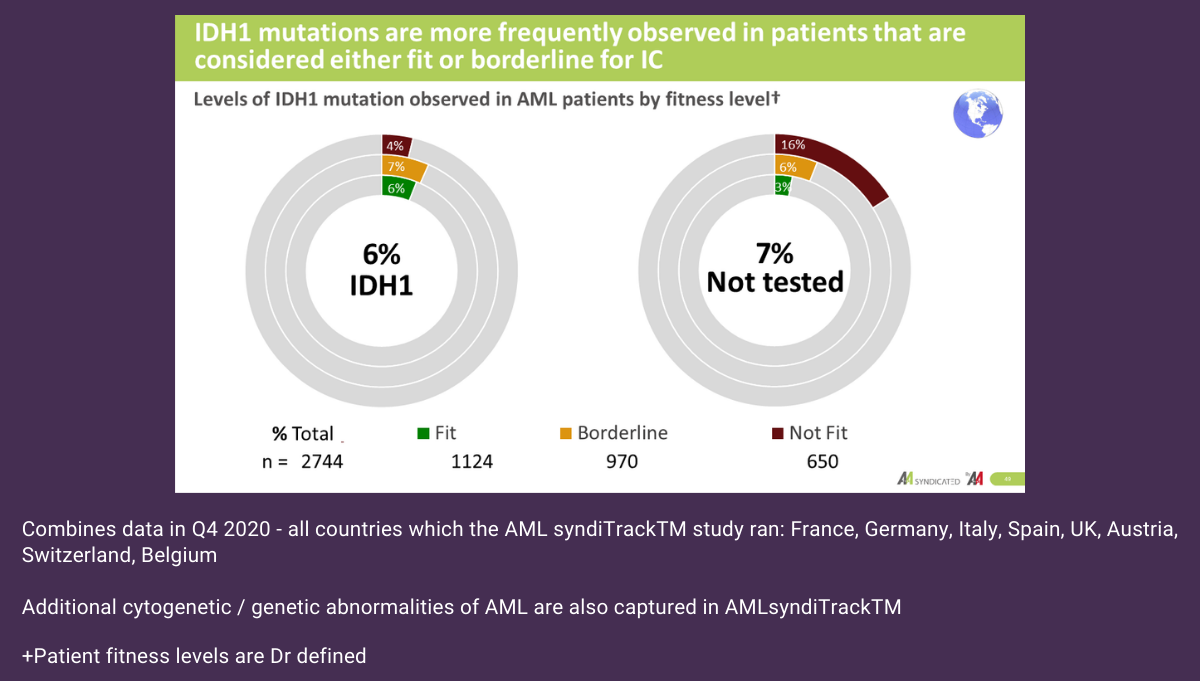 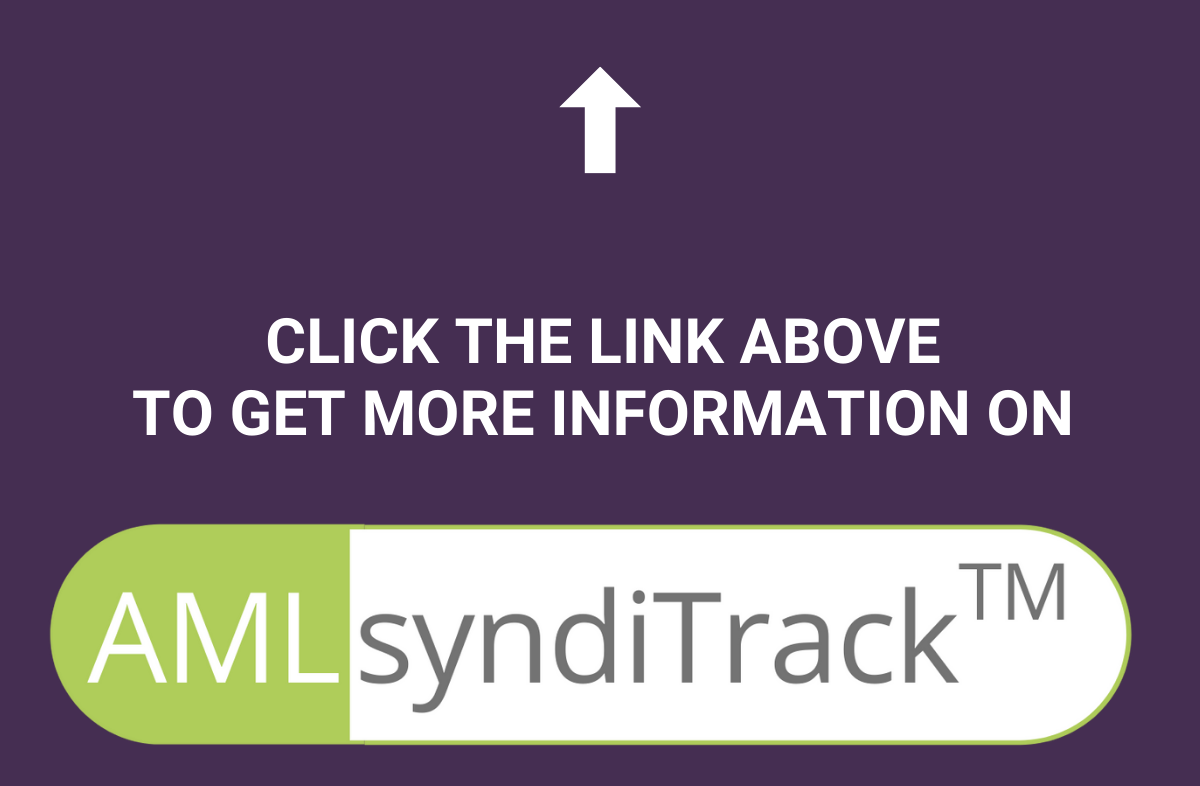 When looking at MM, DLBCL and AML in terms of the total number of entries across all session types (presentations, abstracts, posters, educational sessions, etc.,) that were mentioned in the official ASH 2021 program, we can see that the Share of Voice (SoV) for both MM and DLBCL were greatly amplified, while the SoV regarding AML was heavily reduced. In the ASH 2021 program there were 982 different entries relating to AML; 743 regarding MM and just 338 relating to DLBCL (which was around a third of the AML entries).

Social media listening can provide additional insights and depth into various types of initiatives, for example:

Monitoring social media channels and actively listening to our customers perspectives are becoming increasingly important, to the point that they are now considered vital in a multitude of industries.

In today's digital age where information and data are readily available in increasing amounts of complexity, we as scientists, HCPs, and industry executives, find ourselves in a new situation, one that could even be labelled as a challenge, a problem or maybe a quandary.

With information being shared at increasing speeds, like never before, how (as a community) do we recognize and measure which messages, or what data, are being amplified or even suppressed?

It is our belief that we will only continue to face more and new challenges, such as this, that begin to present themselves as technology changes and advances. Click the link below to access the full SML report on Social Media impact of ASH 21.

Using the example of a recent AplusA study in Diffuse Large B-Cell Lymphoma (DLBCL), we consider...

DLBCL Patient Insights in the US and EU5

When working on a new or existing brand within the DLBCL market it's important to have up to date...